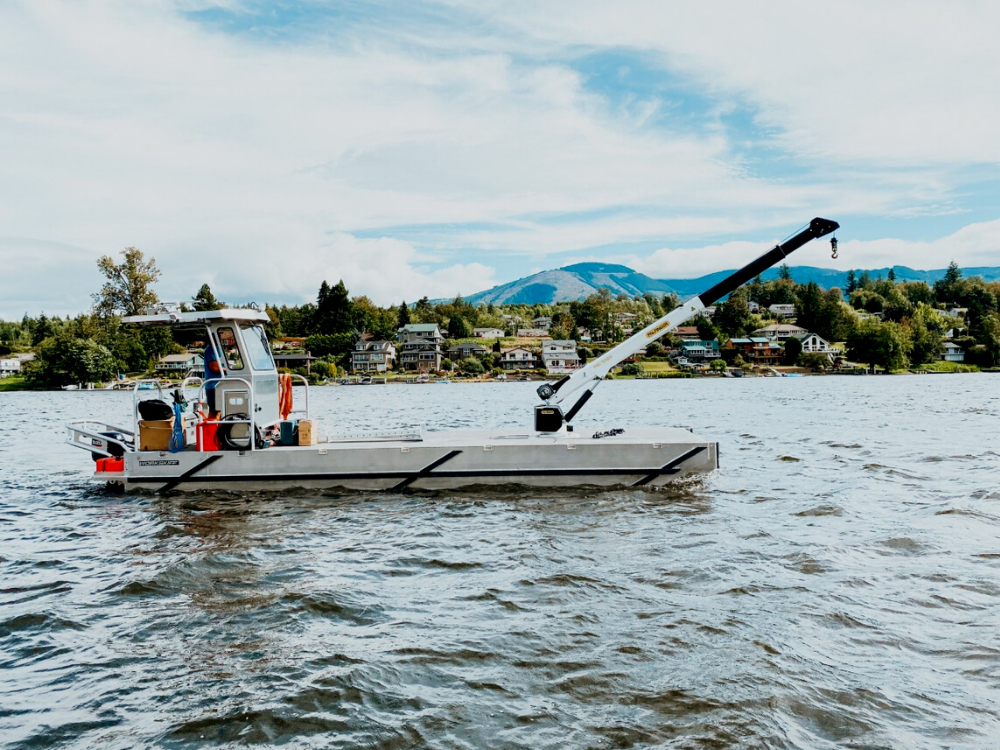 Posted at 18:58h in Uncategorized 0 Comments

Boat Lifts International Barge was designed and built for multi-purpose marine work. It is based on our 30′ X 8.5 design with T-Top console. The barge has a Palfinger Knuckle Boom Crane that is engineered for lifting boats, equipment, cargo and other multi-purpose work.

Posted at 23:29h in Uncategorized 0 Comments

The U.S Naval Survey Team contracted with Workskiff to build two 31’ hydrographic survey boats for construction in 2019 and 2020. The requirement was for a tailorable boat, with a moonpool and transducer deployment system, that could be loaded inside a C-120 Transport plane. The design is based on Workskiff Commander series, with reduced cabin height and fold-down deck gear. The boat needed to remain fully operational in sea state 3 and survive in sea state 4. The naval brief also called for an operational profile of two hours at cruise speed (25 knots) and twelve hours at survey speed (6 knots). Dimensions are 31’ X 8’.9”, and30” draft with outboard motors down. Deck equipment includes a guard for the outboards and an A-frame boom for deploying towed sonar fish. Winches are by Northwest Quality products (davit) and Then A-Frame. The transducers deployment system is by Workskiff. The vessel is powered by twin Honda 250HP iST outboard Fuel capacity is 200 gallons. Genset is by Westerbeke. The cabin has two crew stations, two survey workstations and bench seat, for a crew of five. Windows are by AIR Steering by UFLEX, electrical components by Blue Sea, heater and air conditioner by Webasto, seats by Shockwave Corbin, and electronics by Furuno.” 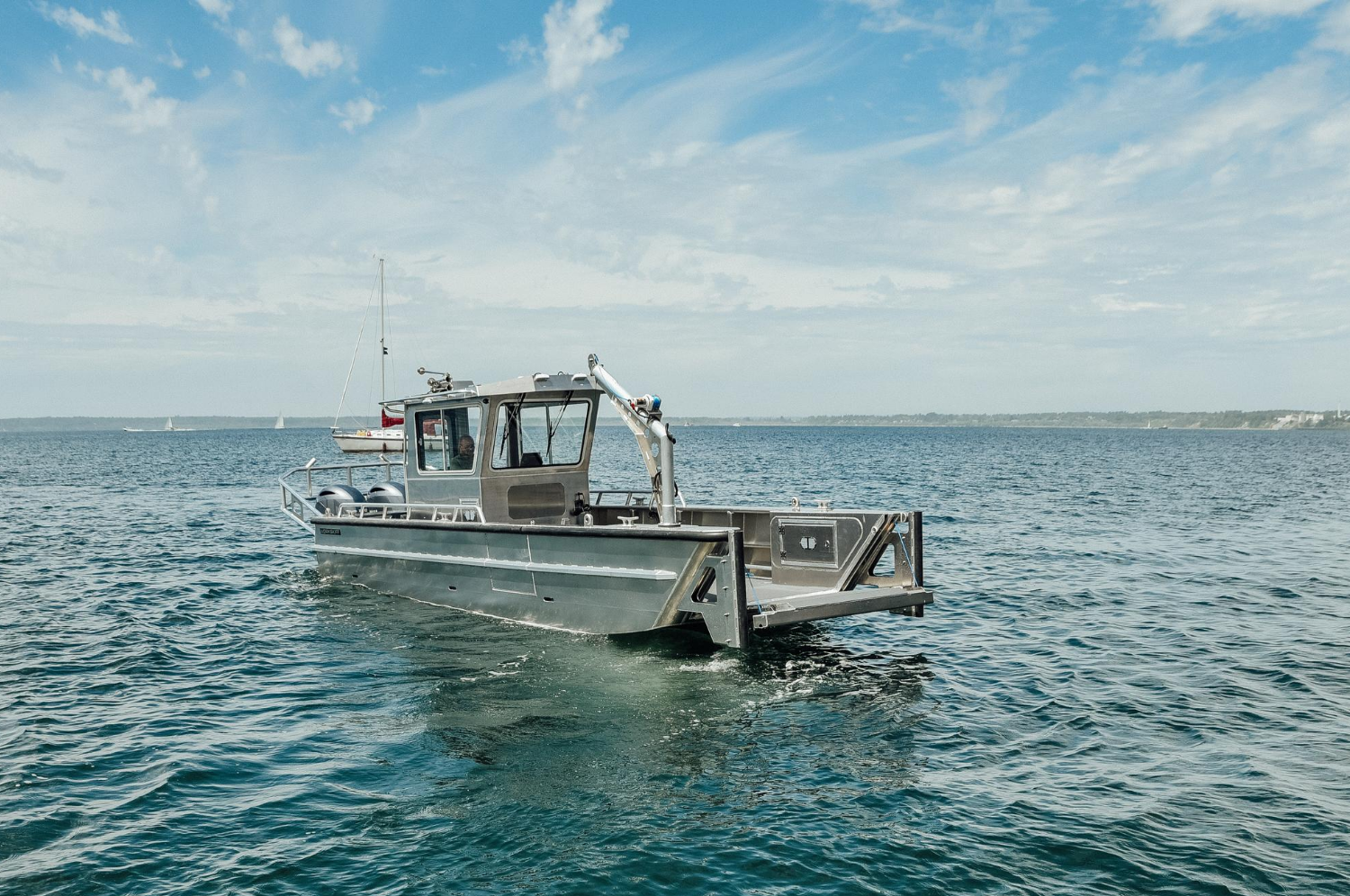 Posted at 22:51h in Uncategorized 0 Comments

Workskiff’s Landing Craft was designed and built for the U.S. Army Corps of Engineers (USACE) to conduct maintenance work on the Lower Monumental Dam in Franklin County, WA. This vessel is based on our 26′ X 8.5′ hull with pilot house, commercial grade davit, powered bow door, and twin Yamaha 150 HP. The craft is known for its stability, payload accessibility, and custom features.

Processing...
Thank you! Your subscription has been confirmed. You'll hear from us soon.